A kube-scheduler is deployed by default in the Kubernetes cluster for Pod scheduling. The default scheduler name is default-scheduler.

Starting from Kubernetes v1.16, the default-scheduler has introduced the EvenPodsSpread feature. This feature controls how Pods are spread across your Kubernetes cluster among failure-domains. It is in the beta phase in v1.18, and became generally available in v1.19.

Therefore, if the Kubernetes cluster meets one of the following conditions, you can use default-scheduler directly instead of tidb-scheduler. You need to configure topologySpreadConstraints to make Pods evenly spread in different topologies.

When you change an existing TiDB clusters from using tidb-scheduler to using default-scheduler, it triggers the rolling update of the TiDB clusters. 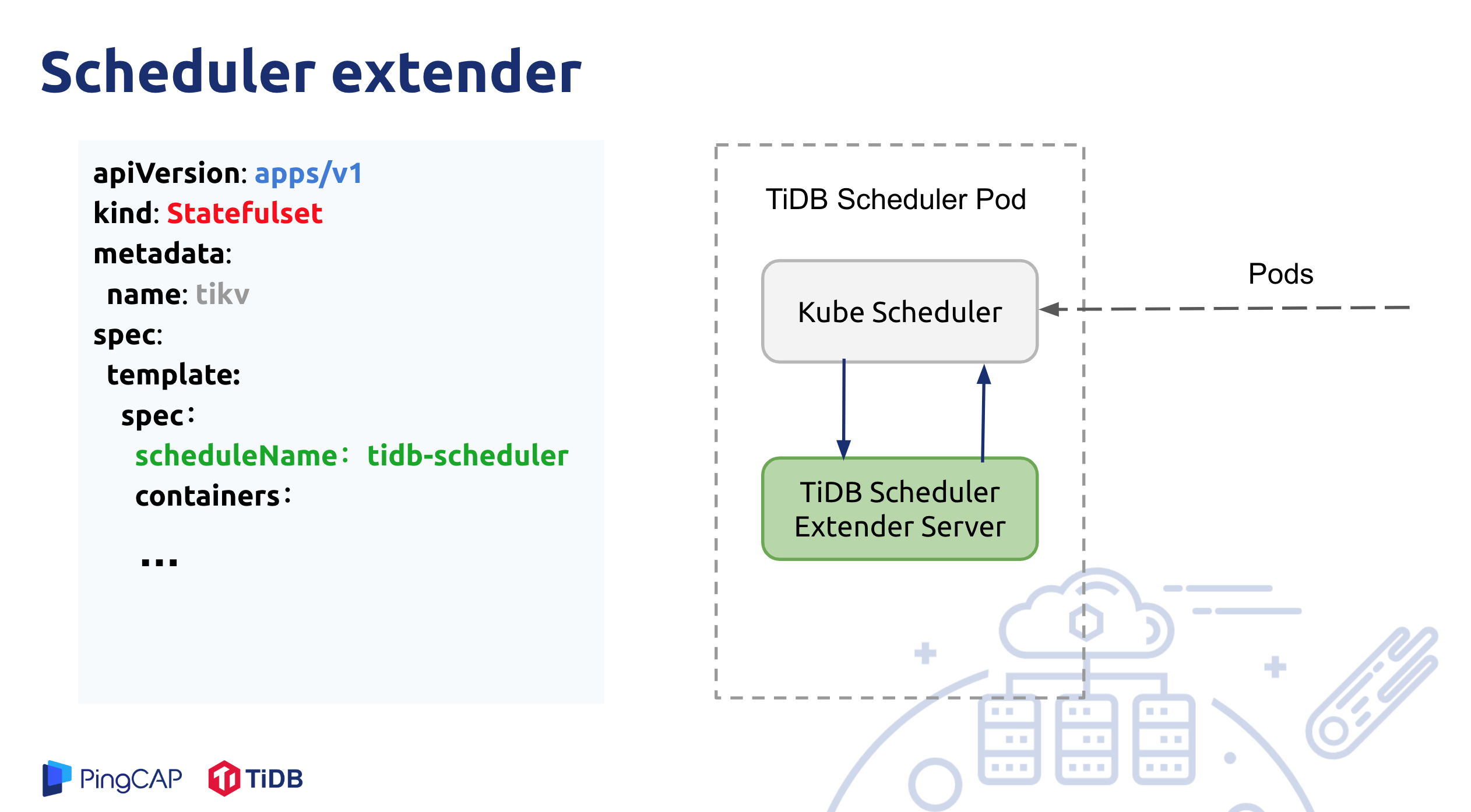 If you configure the cluster to use tidb-scheduler in the TidbCluster CR, the .spec.schedulerName attribute of PD, TiDB, and TiKV Pods created by TiDB Operator is set to tidb-scheduler. This means that the TiDB Scheduler is used for the scheduling.