This document describes the architecture of TiDB Operator and how it works.

The following diagram is an overview of the architecture of TiDB Operator. 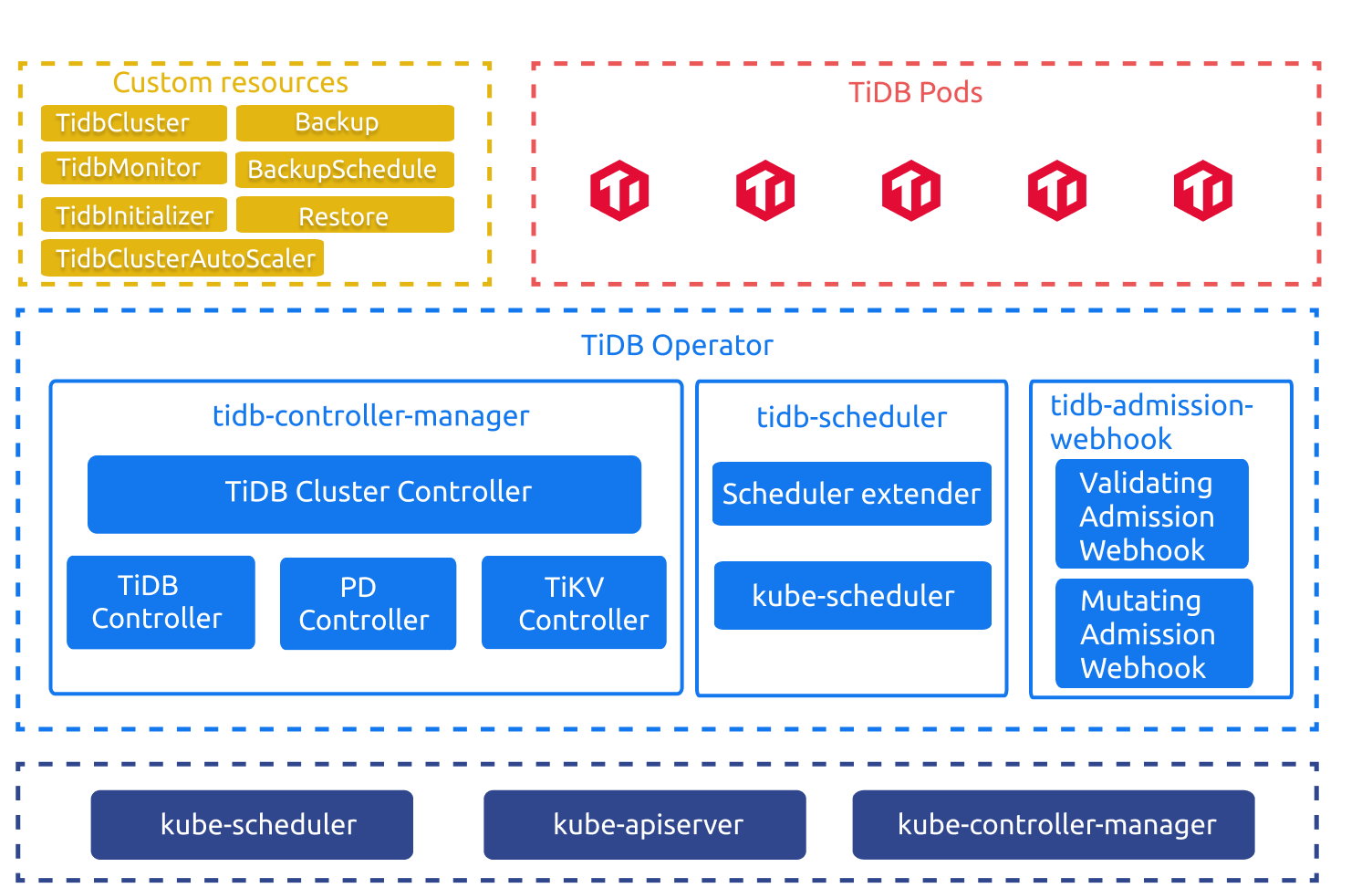 The following components are responsible for the orchestration and scheduling logic in a TiDB cluster:

In addition, TiDB Operator provides tkctl, the command-line interface for TiDB clusters in Kubernetes. It is used for cluster operations and troubleshooting cluster issues.

The following diagram is the analysis of the control flow of TiDB Operator. Starting from TiDB Operator v1.1, the TiDB cluster, monitoring, initialization, backup, and other components are deployed and managed using CR.

The overall control flow is described as follows:

Based on the above declarative control flow, TiDB Operator automatically performs health check and fault recovery for the cluster nodes. You can easily modify the TidbCluster object declaration to perform operations such as deployment, upgrade, and scaling.