Log in to TiDB dashboard and click Monitoring from the left navigation bar. The Performance Overview dashboard is displayed. 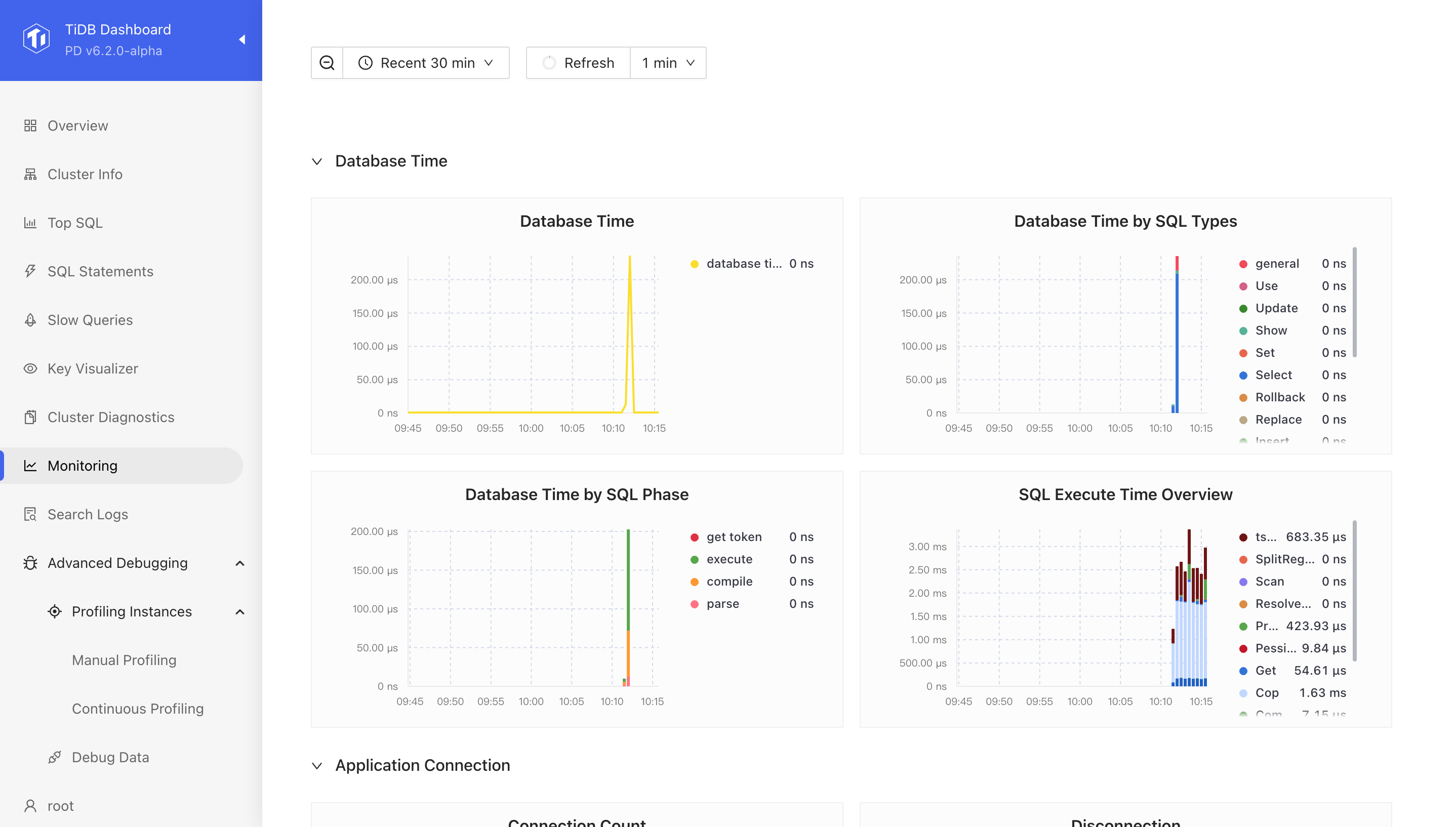 If the TiDB cluster is deployed using TiUP, you can also view the Performance Overview dashboard on Grafana. In this deployment mode, the monitoring system (Prometheus & Grafana) is deployed at the same time. For more information, see TiDB Monitoring Framework Overview.

The following sections illustrate the metrics on the Performance Overview dashboard.

If non-blue or non-green areas are large, it means there is a bottleneck during SQL execution. For example:

Number of SQL statements executed per second in all TiDB instances, collected by type: such as SELECT, INSERT, and UPDATE

Connection Idle Duration indicates the duration of a connection being idle.

All these three metrics include the average duration and the 99th percentile duration in all TiDB instances.

Average time consumed in executing KV requests in all TiDB instances based on the type, including Get, Prewrite, and Commit.

Average time consumed in executing gRPC requests in all TiKV instances based on the type, including kv_get, kv_prewrite, and kv_commit.

All these three metrics include the average duration and P99 duration in all TiKV instances.

All these three metrics include the average duration and P99 duration in all TiKV instances.