In addition, TiDB also uses a dedicated (Key, Value) key-value pair to store the latest version number of structure information of all tables. This key-value pair is global, and its version number is increased by 1 each time the state of the DDL operation changes. TiDB stores this key-value pair persistently in the PD server with the key of /tidb/ddl/global_schema_version, and Value is the version number value of the int64 type. Meanwhile, because TiDB applies schema changes online, it keeps a background thread that constantly checks whether the version number of the table structure information stored in the PD server changes. This thread also ensures that the changes of version can be obtained within a certain period of time. 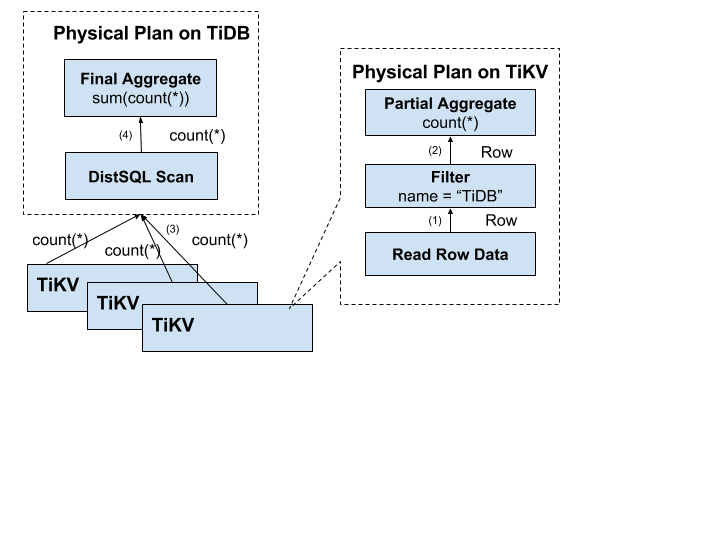