Currently, TiDB Lightning can mainly be used in the following two scenarios: 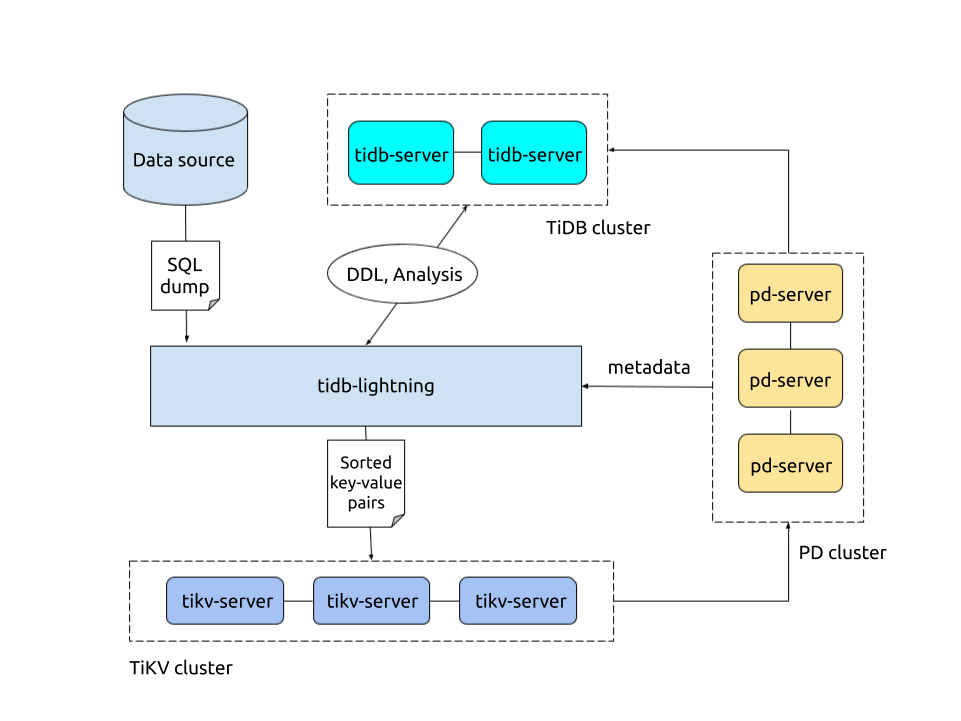 If the target cluster of data import is v3.x or earlier versions, you need to use the Importer-backend to import data. In this mode, tidb-lightning sends the parsed KV pairs to tikv-importer via gRPC and tikv-importer imports the data.