In TiDB's optimistic transaction model, write-write conflicts are detected only at the two-phase transactional commit. 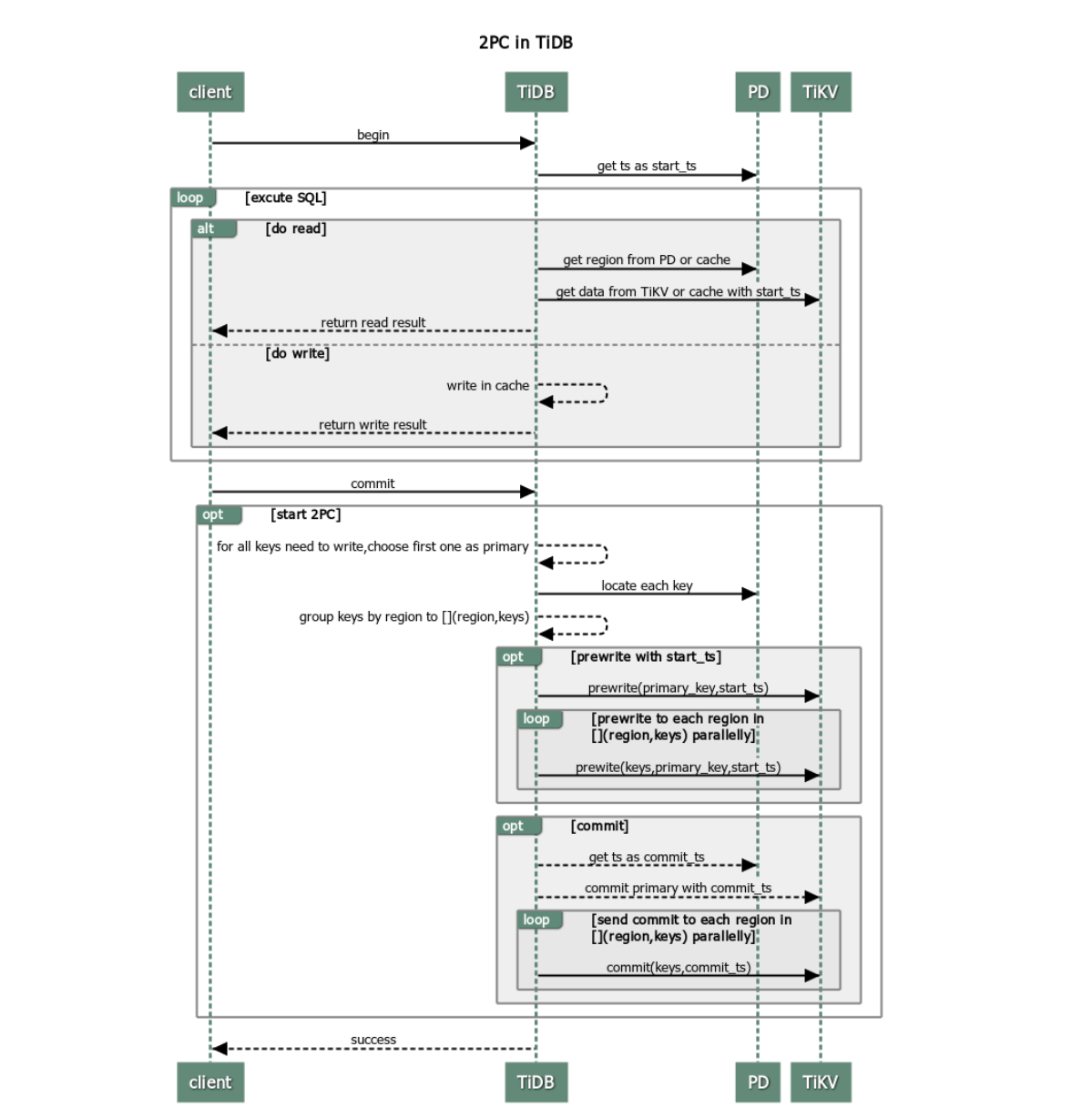