When used as a primary key, instead of an AUTO_INCREMENT integer value, a universally unique identifier (UUID) delivers the following benefits:

The textual UUID format looks like this: ab06f63e-8fe7-11ec-a514-5405db7aad56, which is a string of 36 characters. By using UUID_TO_BIN(), the textual format can be converted into a binary format of 16 bytes. This allows you to store the text in a BINARY(16) column. When retrieving the UUID, you can use the BIN_TO_UUID() function to get back to the textual format.

The UUID_TO_BIN() function can be used with one argument, the UUID or with two arguments where the second argument is a swap_flag. It is recommended to not set the swap_flag with TiDB to avoid hotspots.

You can also explicitly set the CLUSTERED option for UUID based primary keys to avoid hotspots.

In the screenshot of the Key Visualizer below, you can see that writes are concentrated in a single region of the uuid_demo_2 table that has the order of the fields swapped in the binary format. 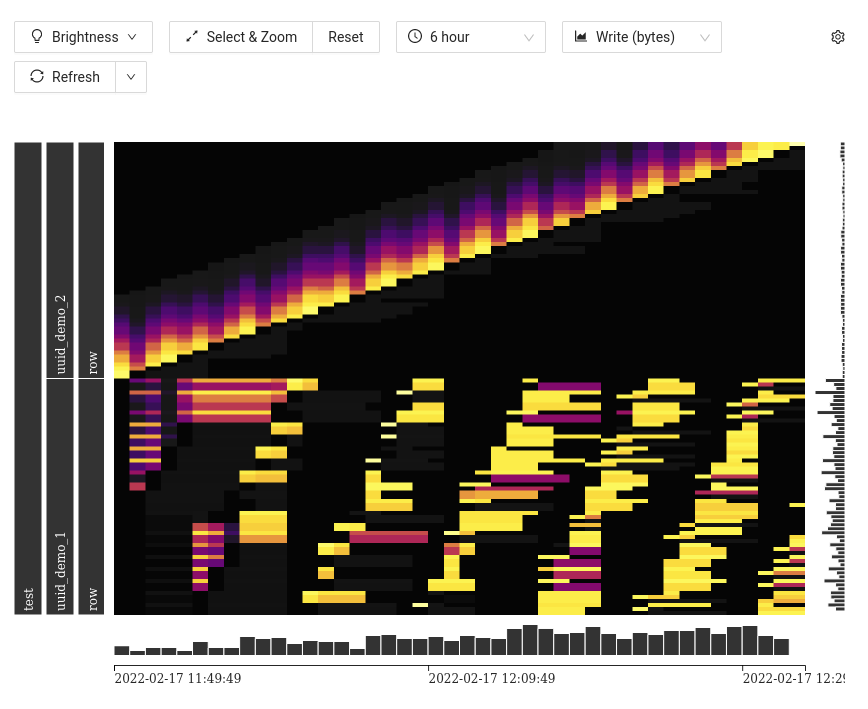 UUIDs can be used in MySQL as well. The BIN_TO_UUID() and UUID_TO_BIN() functions were introduced in MySQL 8.0. The UUID() function is available in earlier MySQL versions as well.