TiDB Operator is an automatic operation system for TiDB clusters in Kubernetes. It provides a full management life-cycle for TiDB including deployment, upgrades, scaling, backup, fail-over, and configuration changes. With TiDB Operator, TiDB can run seamlessly in the Kubernetes clusters deployed on a public or private cloud.

You can only deploy one TiDB Operator in a Kubernetes cluster.

The corresponding relationship between TiDB Operator and TiDB versions is as follows: 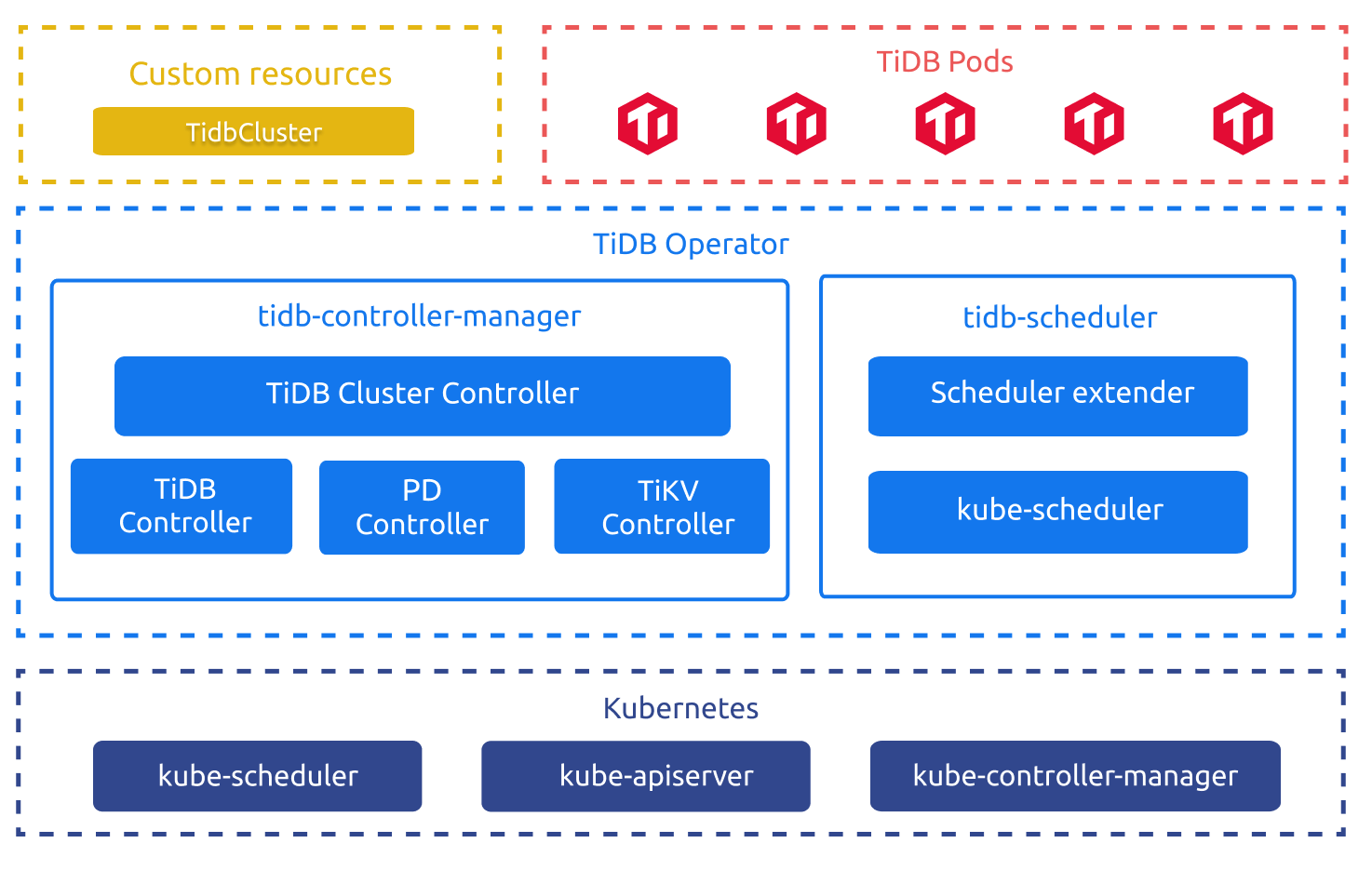 TidbCluster is a custom resource defined by CRD (CustomResourceDefinition) and is used to describe the desired state of the TiDB cluster. The following components are responsible for the orchestration and scheduling logic in a TiDB cluster:

In addition, TiDB Operator also provides tkctl, the command-line interface for TiDB clusters in Kubernetes. It is used for cluster operations and troubleshooting cluster issues.

The diagram above is the analysis of the control flow of TiDB Operator. Because TiDB clusters also need components such as monitoring, initialization, scheduled backup, Binlog and so on, TiDB Operator encapsulates the definition of these components in the Helm chart. The overall control process is as follows:

Based on the above declarative control flow, TiDB Operator automatically performs health check and fault recovery for the cluster nodes. You can easily modify the TidbCluster object declaration to perform operations such as deployment, upgrade and scaling.

Before deploying TiDB on any of the above two environments, you can always refer to TiDB Cluster Configuration Document to customize TiDB configurations.

After the deployment is complete, see the following documents to use, operate, and maintain TiDB clusters in Kubernetes:

When a problem occurs and the cluster needs diagnosis, you can:

TiDB in Kubernetes provides a dedicated command-line tool tkctl for cluster management and auxiliary diagnostics. Meanwhile, some of TiDB's tools are used differently in Kubernetes. You can:

Finally, when a new version of TiDB Operator is released, you can refer to Upgrade TiDB Operator to upgrade to the latest version.